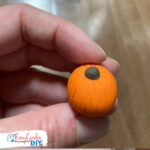 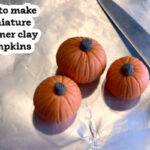 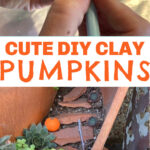 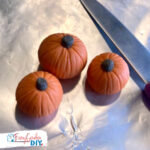 Making Miniature Pumpkins from Polymer Clay is SO easy

There’s almost really no reason to even write a tutorial on how to make mini pumpkins from polymer clay, because they are one if the simplest polymer clay fairy garden accessories I have ever made!

Kids can easily make them – as long as there is an adult around to supervise the baking of the clay and as long as the scoring tool used is child-safe!

You could even paint tiny jack-o-lantern faces on them! 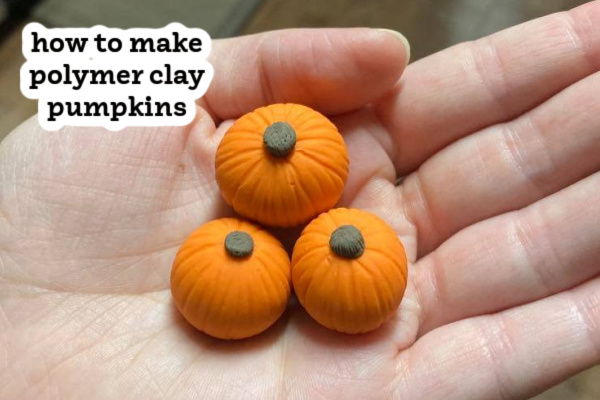 Supplies you will need to make mini polymer clay pumpkins:

Once you’ve collected your supplies you’re ready to make your mini clay pumpkins for your fairy garden!

First, roll small balls of orange clay the size you want your pumpkins to be. 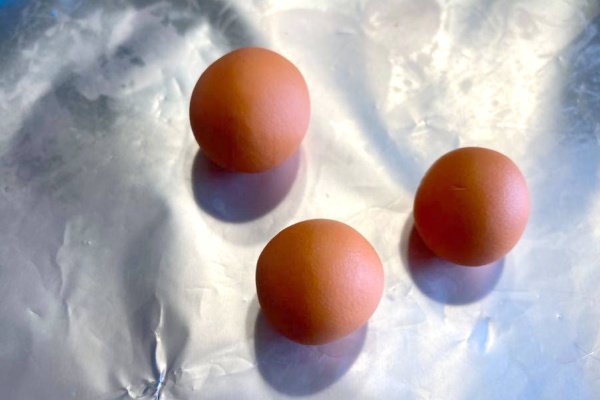 Next, make an indent in the top of the pumpkin using the handle of the scoring tool. This is where the stem will sit. 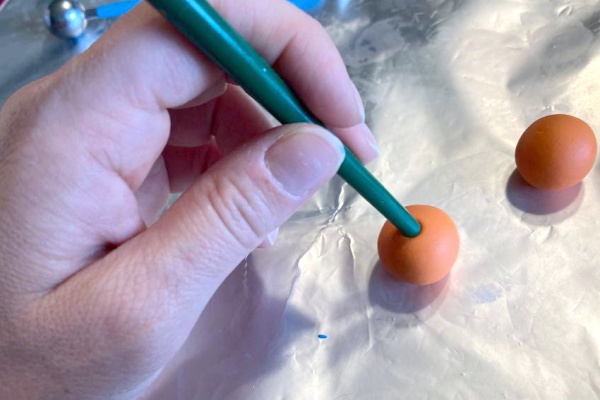 working down along the sides of the pumpkin, make small indents to give the pumpkin it’s “grooves”. 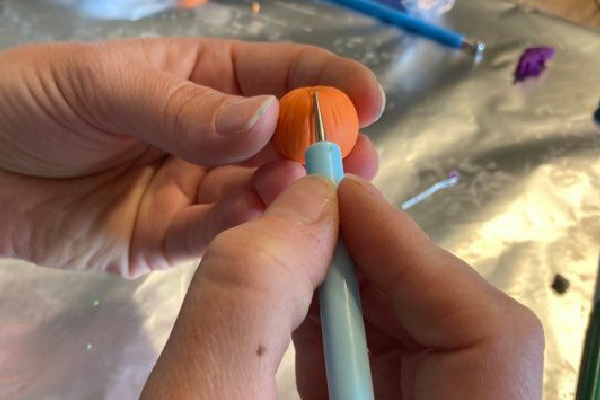 I personally found that rocking the scoring tool gently up and down was better than dragging it in a line. I also liked my grooves better when I made more shorter ones rather than a few long ones.

I think by making the groves on your mini polymer clay pumpkins much deeper and making your pumpkins a little squatter you would give them a more cartoon or comical look!

Create the stem of the pumpkin by making a short cylinder of brown clay. Use a knife or scoring tool to texture the stem before placing it in the indent you created. 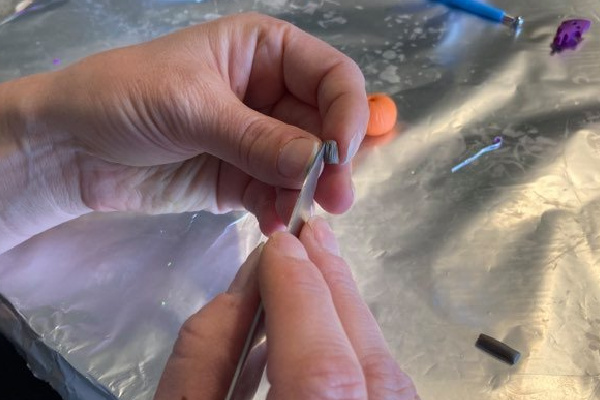 At this point, you could add leaves or bits of vine to the pumpkins as well!

Then, bake according to your clay package directions.

I often work on tin foil, because I find the clay makes a terrible mess of my table.

You won’t want to BAKE clay on tin foil however – it leaves a shiny spot where the clay is touching the foil. Parchment paper is much nicer for baking polymer clay. 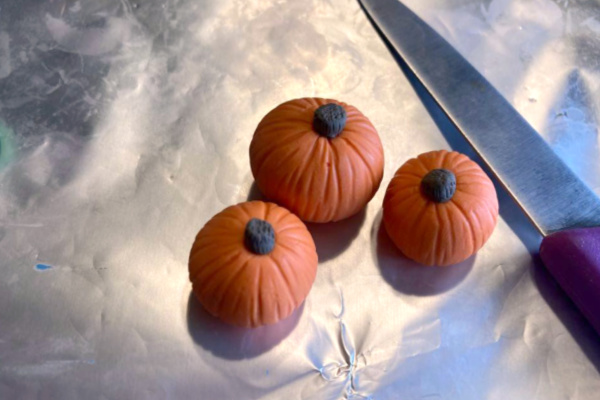 These adorable pumpkins would look perfect in a fairy garden “garden” – right along side these cute polymer clay veggies or next to this set of tiny garden tools. 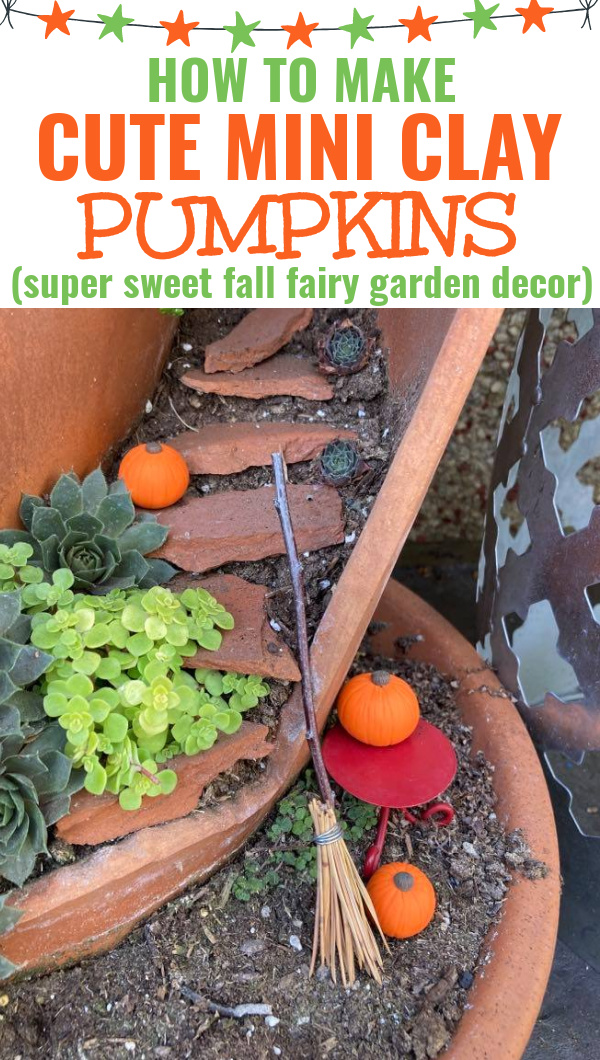